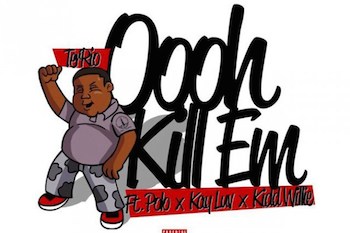 With the popular Vine and Internet star having recently signed a deal to William Morris Endeavor, Twitter wonders aloud if we’ll finally see the boy go to school.

As concern for the chubby “Ooh, Kill ‘Em” star grows amidst news of a reality TV show being developed for him, Lil’ (Big) TerRio is focused on bringing his life story to the small screen masses. Ever since becoming a viral celebrity, he’s hung around Hollywood and sports royalty such as Meagan Good, LeBron James, and hip-hop star The Game.

The portly talent took to Instagram to announce his new show and deal by posting a photo on his Instagram account saying, “TV show sold and we just signed to William Morris Endeavor!! #LifeIsGreat #LeaveItToTerrio #WME #ThaLights.” No details further were revealed, but that doesn’t mean that Twitter can’t shoot around some ideas.

While we wait to see if the boy will ever be shown reading a book or learning his fractions, we spotlighted 10 Twitter Reactions to TerRio’s new show for your perusal. Enjoy!