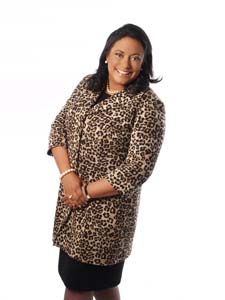 The African continent is becoming the fastest growing mobile phone market in the world, according to a 2009 United Nations Conference on Trade and Development report. And Teresa Clarke, chairman and CEO of Africa.com is looking to be a part of it.

Clarke, 48, saw an opportunity to capitalize on this trend while also adding a new revenue stream for the website she launched in February 2010. Africa.com is a platform for Africans and the general public to learn about and interact around financial, political, and cultural news; maps; information about the investment climate; worldwide events; and nonprofit organizations related to Africa. The site has approximately 1 million users.

The new endeavor, Africa.com/HeyWire, will enable users to send text messages between any SMS-enabled phone, computer, or tablet free of charge. Revenues will come by way of advertisements that will precede each text and be shared by Africa.com and HeyWire (www.heywire.com), a global social messaging app. The new service is available in beta in South Africa only, but Clarke plans to roll it out to the entire continent within the next 12 to 18 months.

Texting is a popular way for Africans to communicate, as some use it in place of e-mail for business, to facilitate money transfers, and to mingle on social media. “The cell phone, for many Africans, is their landline, ATM, and e-mail in one device. Cell phones are central to life,â€ says Clarke, who left her position as managing director in the investment banking division of Goldman Sachs to devote her time fully to Africa.com. “Africa is a continent that is going to bypass PCs. Everything is being done through a mobile device rather than a PC.â€

However, the cost of sending SMS text messages can be a deterrent because of local and country taxes that are tacked on, Clarke explains, and the price of fixed broadband Internet in developing countries is expensive. As a result, only 9.6% of people in Africa have Internet access. Africa.com will utilize a patent pending mobile-to-Internet Protocol (IP) and multiscreen messaging technology through its partnership with HeyWire, which is available in 45 countries and has brought free texting to other developing cities and nations. The Africa.com deal will be HeyWire’s initial foray into the continent.

Right now, the service is limited to mobile phones with Web browsers, but the technology team at Africa.com is working to develop a version for mass-market adoption by Africans who are more inclined to use Symbian feature phones, a lower-end version of smartphones.

In addition to this, Clarke unveiled the group buying site, Africa.comDeals (http://deals.africa.com), this summer. The social couponing website, which is similar to Groupon, will provide visitors with Africa-related discounts for airline tickets, hotel reservations, and money transfers, among other offers. She plans to target African expatriates in America and others interested in Africa for tourism, volunteerism, and business. “Our market research confirmed this is a very young, literate, and technologically savvy population who are very responsive to market opportunities that target their specific needs,â€ says Clarke.

Clarke’s goal is for Africa.com to be the online portal for the world’s engagement with Africa, but she recognizes that a diversity of revenue streams is the passport to keep that portal open. 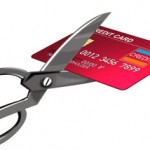 What You Should Know About Credit Card Hardship Plans

What to Do if a Debt Collector Tries to Sue You