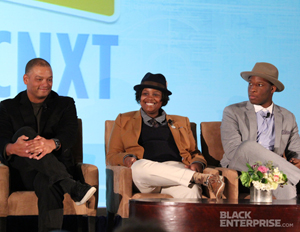 Testing your idea, market, product or service, is key to knowing whether you’re on your way to growing a sustainable business or if you need to go back to the drawing board.Â That’s the lesson that came out of Spotting the Next Big Tech Trend, one of the sessions on the second day of Black Enterprise’s TechConneXt Summit.

Panelists Charley Moore, founder and CEO of Rocket Lawyer; Amber Senter, a cannabis marketing consultant; and Emeka Anen, founder and CEO of THRONE, shared their experiences with moderator Jon Gosier, founder of Cross Valley Capital, and an audience eager to hear about the trends in their respective industries.

“From the operational perspective, when you’re thinking of going from a good idea to a good business, the word ‘test’ is really important because you have to build your business on the back of several of theses. In setting yourself up to be successful, you want to have several theses so if you find one isn’t working, you can pivot,” says Anen, who founded a community where aficionados buy, trade, and discover new sneakers.

That testing doesn’t always have to be a huge undertaking, and it should definitely not happen in a vacuum. “In the cannabis industry you can test ideas on a pretty small scale and find out if they’re going to work or not,â€ Senter says, emphasizing that’s it’s important to talk through your ideas with othersÂ and to have mentors to bounce those ideas off of.

Moore underscored that it’s an ongoing process. “You really don’t know whether somebody’s willing to pay for something until they do.Â Find out if people are willing to pay for what you’re doing–the sooner the better–and build on that knowledge.Â The fastest you can get to customer validation; if you have a business where you can get it in front of customers quickly and follow the process you’re going to follow forever–test and iterate–the better off you’ll be,” he says.

The value of testingÂ increases if you’re planning to bring on investors.Â “If you’re going to be a venture-backed business, you have to think of what kind of return they’re going to want. So you need to test and understand demand,” says Moore. “Is this something that a lot of people are going to want? And then ask, ‘Can we satisfy that demand? Do we have the scale?’ Both of those go into whether it’s a great idea.”

Anen says another reason testing is essential, is that despite Silicon Valley’s reputation as a place that encourages failure, black entrepreneurs don’t enjoy that same leeway. “We don’t completely have the freedom to fail yet because we’re so young in the space. But in theory, if you have the opportunity to sacrifice making a dollar up front to make 10 down the road, that’s a privileged position to be in,” he says. “If you see that, I think it’s a sign that we’re growing as a community in the space.” 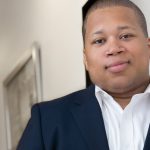