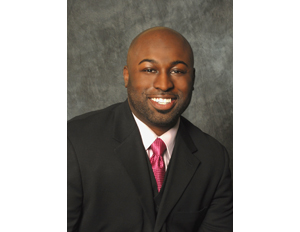 Terence Southern is an influential robotics engineer that holds many awards and honors. He will be part of a distinguished panel discussing artificial intelligence and robotics at Black Enterprise‘s TechConneXt Tech Summit.

He is as passionate about his work and research in robotics technology as he is about creating STEM opportunities for children in underserved communities–reflective of his own humble beginnings.

Southern is the lead Global Robotics and Automation engineer with GE Global Research. He is responsible for the automation strategy for all GE business units. For 15 years, he worked with a number of Fortune 500 companies, advancing their robotics technology and deploying nearly 2000 robots throughout his career.

A member of the National Society of Black Engineers, Southern has won many awards from peers in this field and is recognized as one of the leaders and influencers in the robotics space. In 2015, he was named the “Dallas 40 Under 40,â€ and he was presented with the Black Engineer of the Year Awards as “Most Promising Engineer in the Industry.”

Additionally, Southern is the CEO and chief consultant of HarozTec, where he consults, mentors, and manages entities in providing educational strategic planning, project management, and research solutions.

Despite a busy professional life, Southern makes time to pay it forward. He founded Illuminate S.T.E.M. to advance future workforce opportunities for K-12 students in related areas of science, technology, engineering, and math, through interactive curriculum and competitive, project-based learning concepts. He is constantly looking for new means by which to stimulate young minds and to cultivate a generation of leaders in robotics and automation.

A native of Detroit, Southern is a proud father to two-year-old daughter Zorah. He holds a B.S. in Computer Science from Tennessee State University College of Engineering.