It’s been just over a year since Haiti was ravaged by the devastating earthquake that crippled the Caribbean country physically, economically and emotionally. While there was an immediate rush to aid the island nation by people the world over, many have slowly shifted their focus on the tragedy and recovery back to their own lives. Ted Lucas is not one of those people. The CEO of Miami-based Slip-N-Slide Records, a successful independent label that’s sold over 15 million units since launching in 1993, has remained vigilant in his efforts to help the people of Haiti rebuild.

“When the earthquake hit last year it affected Miami pretty heavy because there’s a heavy [Haitian] population in Miami,â€ he says. “I seen my sisters and brothers in hurt and good friends of mine couldn’t find relatives and family, so it ain’t a one day thing for me, a year later, I still want to be a part of it–I still want to give back.â€

Working in conjunction with CARE and YÃ©le Haiti, Lucas is continuing to give back with Care For Haiti, a charitable album featuring musical contributions from such artists as Patti LaBelle, Sean Paul, The Kindred Family, Talib Kweli, Wyclef Jean and his sister, Melky Jean, among others. The first single, Melky’s “Better,â€ was released last Wednesday (1/12), which marked the one-year anniversary of the quake. Seventy-five percent of the sales from the project, which is set for release on March 8, will go to Haiti relief.

“All the money from the music is going back to the women and children [of Haiti],â€ confirms Lucas, who started the Ted Lucas Foundation two years ago to better his community. “We wanted to really get the message out with the record from Melky; it’s something deep in her heart that she wanted to do.â€

Part of the strategy of getting the message out was to start a viral campaign called “Upload Hope, Download Better,â€ where supports are encouraged to submit video or written testimonials of hope for Haiti and then contribute to the cause by purchasing “Better.â€ In addition to the outpouring of messages from concerned citizens, celebrities ranging from Sean “Diddyâ€ Combs and Lenny Kravitz to Miley Cyrus and Drew Barrymore have also contributed to the campaign. It’s all part of Lucas’ mission to make sure that people don’t forget that Haiti still needs help. “What’s important to me is that the kids in Haiti–those are the future of Haiti coming up–I just really wanted them to know that people in the States and all over the country care for them and want to see them help Haiti become a better country,â€ he says.

Be sure to also read… 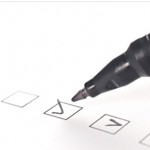 5 Tips For Being An Empowered Patient

Democrats Stand Up Against ObamaCare Repeal