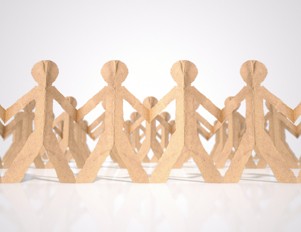 The lack of diversity in tech can be a touchy subject. (Source: grist.org)

A writer at TechCrunch posted an article blasting tech industry leaders for an overall tone-deafness to the lack of diversity in technology and a tendency to engage in rather hollow platitudes on the issue rather than take real action towards inclusion.

As you may imagine, the comments section included fierce outrage against her view.

“When white people in tech open their mouths about diversity, I tend to brace myself,â€ writes Megan Rose Dickey, who is black.

Dickey cites several public statements made by technology executives to highlight her point:

“A lot of men pay lip service to diversity without really doing anything about it,â€ Costolo said in an interview on Re/code Decode. “The real work is in developing female leaders inside these companies.â€

And then there’s Sequoia Capital investor Michael Moritz, who seems to prioritize the hiring of women above underrepresented minorities, and spews nonsense about lowering the bar in order to hire more diverse candidates:

“In fact, we just hired a young woman from Stanford who’s every bit as good as her peers,â€ Sequoia Capital investor Mike Moritz said in an interview with Bloomberg, titled Sequoia’s Moritz: Looking for Women to Be Partners. “And if there are more like her, we’ll hire them. What we’re not prepared to do, is to lower our standards.â€

Dickey writes that she is “baffledâ€ when people say things like this and wonders if they are racist, sexist, or ignorant, or “Some sick combination of all three?â€

Over 1,000 people took to commenting on the article. The most-liked comment begins, “Please f$@k off and stop making me feel bad for my race. I didn’t choose to be a white male…â€

Of course, many of the outraged furiously spewed that lack of diversity in tech is because there aren’t enough qualified minorities to fill positions. However, that viewpoint has been shown to be a myth.

When asked about the reaction to her piece, Dickey says,”I wasn’t surprised that people had strong feelings about the piece, simply because race always seems to bring up a lot for people. What did surprise me was the number of people commenting on the piece. I’ve never received over 1,000 comments on anything I’ve written before. To be totally honest, I didn’t read a single one of those comments, but I’ve heard that they’re pretty intense. Though, some angry white people did reach out to me via email to tell me I’m racist and sexist, and that I should be careful about what I say about white people, blah..blah..blah.â€

The Real Story About Steve Harvey and the Miss Universe Pageant