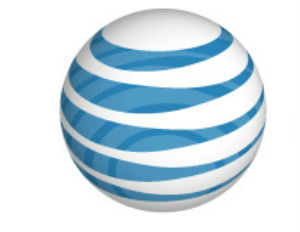 The first full day of the Black Enterprise TechConneXt Summit started off with a tour of the AT&T Foundry in Palo Alto, and finished with a visit at the Google Visitor’s Center–both just a short drive from the Hyatt Regency Santa Clara, the site of the conference.

Under a blue California sky, 35 students, including 20 student hackers, were taken to the AT&T Foundry; Â a center of innovation where employees of the multinational telecommunications corporation devise questions, hatch ideas, and try out compelling solutions to customer problems and difficulties affecting the wider world.

The tour exceeded all expectations. The Foundry “disruptedâ€ the students’ ideas about AT&T. You hear “AT&Tâ€ and think typical corporate America–a large steel-and-glass building somewhere where employees wear suits, men wear ties, and everyone speaks in modulated tones. But the Foundry was in a smallish building that was inviting; not corporate. There wasn’t any steel, but there was a cavernous meeting space of concrete walls and ceilings of exposed ductwork. The industrial feel of the space lending itself to works in progress, works in ideation, unfinished projects that call for more experimentation and greater risk than one might try in, say, a very finished, carpeted office space.

After a tour of the working areas, several of the Foundry staff spoke with the Black Enterprise TechConneXt Summit students. Jerry Higgs, Ph.D., senior product development engineer at the Foundry, who is African American, supervised the tour and introduced his colleagues.

Two data scientists spoke about their work and advised students interested in pursuing data science, or in incorporating data science into another field, to take courses in statistics, artificial intelligence, and machine learning. A former entrepreneur who now handles outreach to small businesses spoke of AT&T’s interest in solving customer problems and in working with small businesses, as well as large businesses, to do so.

A female development engineer started out as a philosophy major, but is now working on ideas that could expand the range from which drones can be controlled, and perhaps allow them to be used in dangerous places: for example, near forest fires. Another female engineer in product development solutions, said that the “greatest thing about math and science is that you get to develop your analytical skills.â€ Inspiring words indeed; even to this English major.

The tour ended with the group splitting up to work on idea creation and development with engineers from the Foundry. Each group of five developed an idea, and later one group presented to the whole gathering.

Next stop? The Google Visitor’s Center on the campus of Google’s Mountain View headquarters. Several African American Googlers chatted with the students: Lo Toney, a venture investor at Google Ventures; also an engineer who started out as an elementary schoolteacher, and a lawyer who works on Google’s law team, as well as others, including at least two diversity recruiters, made themselves available to chat with the students.

Google in all its quirky glory–brightly hued bicycles, androids, even a small ball pit in the Visitor’s Center–made the visit fun. A stop at the Google store to pick up mementos finished off our morning of tours, inspiration, and exhilaration.

For photos and commentaryÂ about this morning’s tours, search the Black Enterprise Instagram accountÂ using the hashtag #TECHCNXT.

With Tech, Work and Leisure Are Both 24/7 Activities