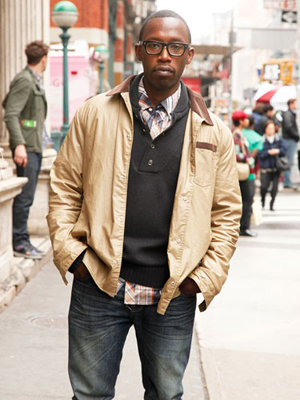 When it comes to global pop culture, media and technology, brand strategist and entrepreneur Jeff Belizaire is ahead of the curve. You might not know his name, but his work is well known. Remember the groundbreaking Boost Mobile “Where you at?â€ campaign and song featuring Kanye West, Christopher “Ludacris” Bridges and Jayceon “The Game” Taylor? How about New Era fitted caps? Are you familiar with rapper T.I’s clothing line AKOO?

Belizaire has been a key behind-the-scenes player in spearheading the marketing strategies of these brands, among others. For more than ten years, the heavily sought-out consultant has climbed the ladder in the lifestyle marketing industry by tapping into the minds of young urbanites and influencers. At 33, he’s orchestrated some of the most successful campaigns in urban marketing, while also maintaining a crossover appeal that suited mainstream audiences. The Brooklyn, NY native’s work is closely tied to who he is as a consumer: a multifaceted individual who enjoys snowboarding, gardening, listening to various genres of music, traveling and subscribing to international magazines from South Africa to Brazil.

“I choose projects based on how I relate to them,â€ says Belizaire. “My work is constantly influenced by the communities I live in and the cultures I am exposed to.â€

He ventured into brand consulting as an undergraduate student at the University of Massachusetts. Post graduation, Belizaire started PUSH marketing agency in Boston with a group of friends. PUSH was one of the first urban marketing companies of its kind and boasts a client roster that included big-name brands like McDonald’s and The Coca-Cola Company. The entrepreneurs opened a second location in Brooklyn and, after four years, the company was eventually sold to Interpublic Group. Belizaire’s career didn’t stop there, the young go-getter went on to work as director of marketing for urban lifestyle retailer Karmaloop.com; global brand manager at New Era Cap Company, the exclusive manufacturer and global headwear leader of Major League Baseball’s official uniform cap, marketing director of AKOO Clothing and marketing lead at Boost Mobile.

To Do or Not to Do?: Talking Politics in the Workplace

Credit Card Delinquencies Lowest in Over a Decade [Report]