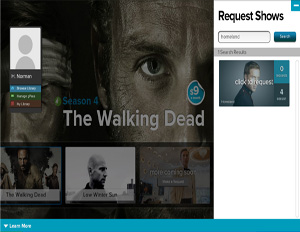 Television viewing has changed tremendously with the rise of social media. The social media and TV-viewing interaction is not only keeping viewers, specifically younger viewers, engaged but it’s driving interest in shows. A recent consumer survey, conducted by Horowitz Associates, revealed that 25% of 18-34 year old broadband Internet users posted status updates and comments related to shows on social media.

It’s this consumer behavior widely-known as second screen viewing that sparked James Norman’s latest tech venture, GroupFlix. Â The San Francisco-based startup launched in mid-September and is already generating buzz around its new-age viewing model. Based on engagement surrounding a particular show, the online platform provides TV viewers with their preferred shows at an affordable rate. The streaming service, which is currently in beta, offers its subscribers shows from premium channels and the premier studios. GroupFlix is currently in talks with Warner Bros. Entertainment and Sony Pictures, noting that many of the early stage startup’s potential partners are excited about their innovative model.

If you’re wondering how GroupFlix works– and how it differs from Netflix, Hulu, Apple, or Amazon–users start by picking a TV show; if enough subscribers request the show, engaging in dialogue around the show, the show will be available “within 24-hours of TV airing.â€ Â The monthly subscriptions will be available in the $8-$10 range (per show). GroupFlix will take a revenue share of the monthly payment, and will receive payment from partners based on data provided.

The Detroit native spoke with BlackEnterprise.com about what GroupFlix offers that competitors like Amazon and Apple don’t, how the platform infuses social into the mix and what’s next for the NewME grad’s company.

New Rules: GroupFlix vs. Amazon vs. Apple– “We, as consumers, have not been built to buy shows episode by episode. We’ve been brought up on the concept of subscription, monthly pass, paying however much a month you can to possibly get entertained,â€ says Norman, the innovator behind Ubi, a B2B cable platform. “By wrapping that model into what already exists today– in terms of delivering next-day content–[it] allows us to give consumers what they want at a slightly cheaper price with an easier purchase model.â€Once you purchase a show through GroupFlix, it’s yours to keep and watch on any device (however many times you choose).

Social Status: Shows are unlocked based on the gLevel, “number of users needed to unlock a show.â€ If the set gLevel isn’t met, then users have the opportunity to try again the following season and will have the monthly pass funds reimbursed. “We bring consumers what they want by leveraging the community as a whole,â€ says Norman, who adds that partners really like the social engagement aspect of GroupFlix. Currently, the platform has three show groups, including The Walking Dead, Magic City and Low Winter Sun.

NewME provided…a solid network. “People like Rachel Brooks and our buddy Nate [Jones], and Chris Lyons who are doing great things now. We would’ve never been connected before. It puts you in a house with like-minded people who look like you, who you know are eventually going to do great things and create a great network of people to help continue that growth within the minority community.â€

Next up: “We see opportunity on a global level…that’s another thing our partners will see is valuable with GroupFlix.â€ 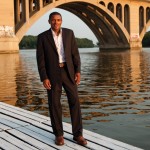 5 Ways Men Can Give Their Appearance a Boost