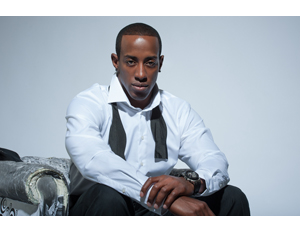 Since hanging up his cleats after retiring from the NFL, former cornerback Phillip Buchanon has kept busy. He’s become an author–writing the bookÂ New Money: Staying Rich–created a comic book, and developed board games.Â Now the innovative Buchanon has donned another hat: tech entrepreneur.

His app,Â Vite Exclusive EventsÂ for iOS, connects event organizers with event seekers. The app allows users to check out all the happenings in their area and also create exclusive events.

Buchanon is also working on a second app, New Money Bash. The app is a financial literacy game based off of finance lessons he has learned and outlined in his book.

“The original idea was the book [New Money; Staying Rich]. The book came out first, and the board game was second, but I didn’t get the response I wanted. I didn’t think it was worth spending $30-$40,000 on the board game,â€ says Buchanon.Â Instead, he “thought it was very important to have an app.â€ He based the app off of the financial literacy board game he considered creating.

Buchanon considers his New Money Bash app to be both “education and entertainment.â€ He sees the app as a teaching tool in schools, a tool for teaching athletes financial literacy, or for “anyone trying to manage their debt.â€

How did Buchanon’s interest in board games and apps come about? “Really, I just kind of fell into it,â€ he explains. “I’ve been playing sports my whole life. My aunt and my close friends always encouraged me to write a book,â€ he says, especially after landing lucrative NFL contracts.

New Money Bash is a game that takes players through a financial journey. Players can accumulate bags of money, have pay days, own properties, and even go bankrupt, based on decisions made throughout the game.Â Buchanon financed the app himself and even took courses to learn how to code, although he hired a team of coders to build the app.

“I am definitely in tune with technology,â€ he says. “Everything you do right now is on your phone. People glance at their phone every two seconds.â€

BE Luxury: Go Glamping in the Final Days of Summer