Tech Innovator of the Week: KleanCollar 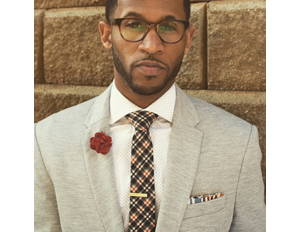 “We’re looking to change the world one collar at a time,â€ says Kenneth L. Wright, the Founder and CEO of KleanCollar, Inc. Wright is somewhat of a fashion buff that also has a background in sales at Fortune 500 companies, including Apple and Microsoft.

Collar is a high-tech collar insert that prevents the dreaded “ring-around-the-collar.â€

Wright had grown tired of expensive cleaning bills for his dress shirts. So, he teamed up with a retired engineering professor who taught at Georgia State to develop a prototype for KleanCollar.

Investors pointed the duo to a newly invented, Band-Aid thin material, developed by a Stanford professor, that isÂ medical-grade silicone that feels comfortable to the human skin, is reusable, and is also eco-friendly. Additionally, it’s translucent, so it matches whatever color collared shirt you are wearing. The deviceÂ sits on the collar of a shirt with adhesive magnets.

Wright said getting the correct material to make KleanCollar was imperative. “We had to create something not intrusiveâ€ while also adhering to a sense of “fashion and wearability.â€

The company is still working on the prototype. “We have a working base version of the prototype, and are anticipating another updated prototype within the next few weeks. We are not currently shipping just yet, but are slated for a September/October launch this year,â€ says Wright.

Wright wants to keep the price affordable at $17.99 for three per package. There will be sizes for men’s, women’s and kids’ shirts.

There is also a goal to integrate KleanCollar with other technologies. Wright sees potential for the product as a smart wearable device.

The company is looking at a way to make KleanCollar of use to the military and government. “Our engineer has found a way the product can determine carbon monoxide.” Also, Wright says they are working on adding the capability of detecting the wearer’s stress level.

This, of course, means that KleanCollar would need an app. A mobile app developer is working on an app for these use-case scenarios, says Wright.

Register for Black Enterprise’s TechConneXt Technology Summit: The Intersection of Innovation and Opportunity being held on October 10-11, 2016 at the San Francisco Marriott Waterfront Hotel!

Invisible Woman: The Struggles of Black Girls in School

Road to the GoodLife: Toast to Living Good in Chicago