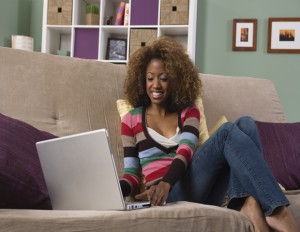 President Obama announced Tuesday that technology leaders pledged more that $750 million in computers, cash, tablets, software, Internet access and more as part of a White House initiative, Mashable reports. The recent announcement shouldn’t come as a surprise after Obama pushed for a revamping of US education, specifically equipping schools with advanced tech, during last week’s State of the Union address.

Obama pinpointed the ConnectED education-technology campaign, which he initiated last June, as a way to ensure that all students receive a high-quality education as they prepare to compete in the global economy.

“We picked up the phone, and we started asking some outstanding business leaders to help bring our schools and libraries into the 21st century,” Obama said Tuesday. “Technology can help; it’s a tool.”

Several big-name tech companies have agreed to take part in Obama’s initiative, including Apple, Microsoft, Verizon and Sprint, to name a few. Verizon and Microsoft have committed to increasing access to high-speed Internet in the classroom, as well as at home; providing software and devices like tablets and laptops; in addition to training teachers to use the new technology. AT&T has pledged to provide more than $100 million to give middle school students free Internet access on their educational devices. Autodesk and O’Reilly Media will make their software available at no cost. Microsoft will discount the price of its Windows operating system for all public schools, and provide millions of free copies of its Office software. Apple will contribute iPads, MacBooks and other devices that total $100 million to low-income schools.

Currently, fewer than 30% of schools have broadband, and Obama’s campaign vows to bring high-speed Internet access to 99% of schools within five years.

“In a country where we expect free Wi-Fi with our coffee, we should definitely demand it in our schools,â€ said Obama.