Teavana Purchased by Starbucks for $620 million 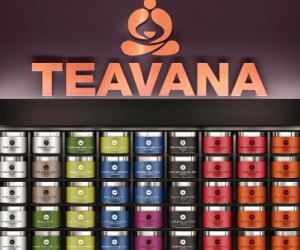 Tea is the second most consumed beverage in the world and in a move to capitalize on this market, beverage giant, Starbucks announced it’s purchasing the Atlanta based Teavana.

Hoping to do for tea what it has done for coffee and position themselves in the $40 billion dollar global tea business, Starbucks paid $620 million for the 15-year-old tea chain. A mainstay in upscale malls across the country, Teavana stores are described as “part tea bar, part tea emporium.”

Teavana started in Atlanta, Georgia in 1997 with a tea house in Lenox Square. Andrew Mack and his wife Nancy created Tevana with their life savings after traveling abroad and noticing an increasing trend with Americans towards fine wine and coffees. Using their former restaurant industry experience, they’ve become a success and just opened their 300th U.S. store in October and their first international store in Kuwait earlier this month.

“Being part of Starbucks will give us access to incredible industry knowledge and know-how as well as the financial strength to super-charge our business and allow us to continue our rapid growth to the benefit of all our supporters, including our dedicated employees worldwide,” Andrew Mack said in a prepared statement. “It’s exciting that Teavana has successfully grown from a small company in Atlanta, starting with just one store, to being the world’s most recognized brand in tea.â€

The company sells more than 100 varieties of premium-loose-leaf teas, tea wares, clothing and other tea-related merchandise. They also provide consumer education about teas and donates about 1 percent of annual net profits to the Atlanta-based charitable organization CARE.

“We believe the tea category is ripe for reinvention and rapid growth,â€ Howard Schultz, Starbucks’ chairman, president and chief executive officer, said in a release. “The Teavana acquisition now positions us to disrupt and lead, just as we did with espresso starting three decades ago.â€

Next Gen Resumes: How to Present 360-View of You