Teachers, Parents Brace Themselves For a Trump Presidency 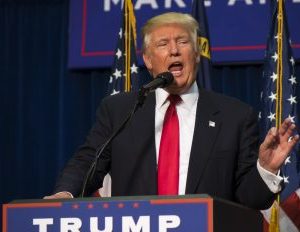 This morning, as I struggled to accept the new reality that the next president of the United States would be Donald Trump, I listened to Brian Lehrer on NPR as he kindly noted the need to acknowledge the shock, grief, and fear of many in the listening audience, when a teacher called in.

“I teach in Newark,â€ she began. She described how she had, perhaps unwisely, prepared her students yesterday for the country’s first female president.

She said she now didn’t know what she would tell them. She knew that a Trump presidency would have real implications for the lives of her black and brown pupils and their families. “I’m white, so I’ll be OK,â€ she said, but she worried about her students.

What Do We Tell the Children?

My niece in Chicago wrote on Facebook that she was the most disappointed in her country that she had ever been, and didn’t know what she would tell her children, especially her 3-year-old daughter. “I’m just grateful they’re too young to remember this.â€

Indeed, what can teachers tell their pupils? Or parents their children? So often, we’re telling children not to bully others, to be kind, not to put others down, or make fun of them. Our executive managing editor, Alisa Gumbs, pointed out in our morning meeting that CNN political commentatorÂ Van Jones had raised these issues last night. Yet, Americans have elected a man to lead them who exemplifies all these dubious characteristics and more.

In her concession speech, Hillary Clinton spoke of campaigning for a “hopeful, inclusive, big-heartedâ€ America. She believes in breaking down any barriers that keep people from pursuing their version of the American dream, which she described as “big enough for everyone.â€

She thanked the Obamas for providing “graceful, determined leadershipâ€ of our country. We could add modest, principled, and dignified.

Perhaps that’s what we need to tell our children today. As Clinton said, to keep working for an America that is “better, stronger, and fairerâ€ for everyone.

Parents, teachers, everyone, there is more work to do, and we are the ones to do it.

The 2016 50 Best Companies for Diversity

How A Trump Presidency Will Impact Small Businesses