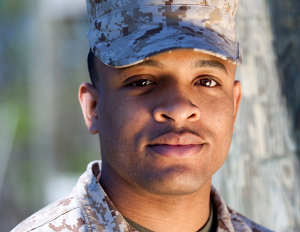 In an attempt to help U.S. military veterans become business owners, TD Bank today announced its joined with the International Franchise Association (IFA) and a pilot group of well known franchises, in a program to streamline the road to business ownership.

Franchises such as Dunkin’ Donuts, Domino’s Pizza, Baskin-Robbins and Papa Murphy’s will now be able to offer a simplified loan application process, a packaging fee waiver and lower interest rates from T.D. Bank, specifically for U.S. Military veterans. Franchises enrolled in the program will be able to offer veterans special information and rates available only thru TD Bank’s.

“A military background provides veterans with important skills and traits that we see in small business owners,” said Rich Bradshaw, head of Small Business Administration (SBA) Lending at TD Bank, who is also a retired Navy Reserve Intelligence Officer. Â “TD Bank knows that veterans are strong candidates for franchising, and we are pleased to work with the IFA and our franchise partners to help veterans achieve their business dreams.”

“Papa Murphy’s, a pizza franchise that’s already enrolled in the program, has already added twelve new veterans to their franchise family,” said Dick Larsen, VP of Development and Finance for Papa Murphy’s. “Papa Murphy’s International is honored to partner with TD Bank on this financing initiative for our veterans and their spouses.â€

The IFA hopes this initiative will help accelerate the number of veteran-owned franchise businesses.

“Veterans have a proven track record in franchising, and with more than 1 million troops returning to the civilian workforce in the coming years, we continue to work hard each and every day to extend career opportunities to our nation’s veterans,” said IFA President and CEOÂ Steve Caldeira.

8 Steps to Closing the Sales Deal