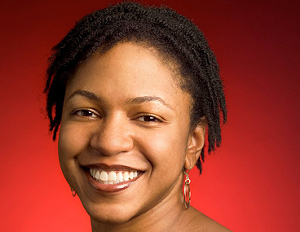 TaskRabbit, the San Francisco-based startup that runs an online marketplace for outsourcing errands and tasks, has hired Stacy Brown-Philpot to its executive team.

Mrs. Brown-Philpot had worked for nine years in various management roles at Google before taking a position as an entrepreneur-in-residence at Google Ventures in 2012. She’s the first COO for TaskRabbit, the startup that has raised has raised $38 million in total over its five-year history.

She’s also served as Head of Online Sales and Operations for Google India, where she was in charge of remote sales and support for the company’s key customers. According to the press release, she also has a background in accounting from PricewaterhouseCoopers as well as expertise in mergers and acquisitions from her time at Goldman Sachs.

The addition of Mrs. Brown-Philpot brings the number of C-level executives at TaskRabbit to three, including the former CEO of One Jackson, Anne Raimondi. Â Brown-Philpot will be the second time that TaskRabbit founder Leah Busque has tried to expand the company’s top talent base. In June of last year, Busque took back the title of CEO from Hotwire founder Eric Grosse, who had been hired in late 2011.