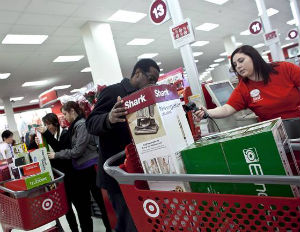 In an effort to stay competitive against other retailers, Target has announced that it will continue its price matching practice for the entire year.

The Minneapolis-based company began its price match guarantee before the holiday season got underway, and has decided to continue throughout the year as a way to lure customers away from Wal-Mart and Amazon. The store will even price match against Target.com in an effort to continue improved sales figures.

December sales increased for Target, Macy’s and Limited Brands, but fell below expectations. According to Macy’s CEO Terry Lundgren, “significant headwinds from uncertain economic news and the lingering effects of Hurricane Sandy” were to blame, according to a CNN Money report.

Target’s history with in-store price matching began in 2009 when the economic crisis started a tremendous slowdown in purchases at retail outlets. Extending the price matching option to online retailers is a way for brick-and-mortar stores to compete in the digital era.