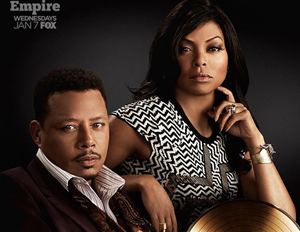 Taraji P. Henson, known for her girl-next-door likability,Â has been very candid aboutÂ her journey pre Oscar nomination days. The D.C. native and single mother openly talks about moving from D.C. to Los Angeles with only $700 cash,Â dreams of becoming an actress and a small son to care for. Nearly 20 years later, Henson is a living testament that courage to pursue your dreams with relentless tenacity reaps high rewards. The A-list actress is officiallyÂ a Hollywood “It Girl” and has landed a bevy of roles in our favorite films and TV series.Â For her latest role as Cookie LyonÂ in FOX’s Empire, which airs Wednesdays at 9:00 p.m, Taraji plays an ex-con who was arrested for selling drugs. With the drug money, sheÂ funded her former husband’s, Lucious Lyon (Terrence Howard), musical career.Â Upon her release, she’s on a mission to claim what is rightfully hers in Lyon’s music label, Empire. The new show was a huge success on its debut night, luring in 9.9 million viewers,Â ranking it as FOX’s biggestÂ show debut since Touch in 2012. As you gear up to watch episode two ofÂ Empire tonight, take a look atÂ some of Taraji’s other top roles.