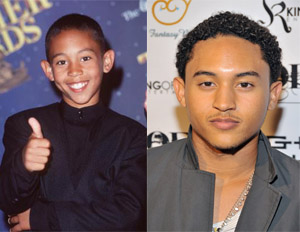 Ebony.com sits down with Tahj Mowry to discuss his role on Baby Daddy and his adjustment from child star to adult actor.

Though Tahj Mowry was only 5 years old when he played Michelle Tanner’s friend Teddy onÂ Full House and only 11 when he starred as child prodigy TJ Henderson in the WB seriesÂ Smart Guy, you won’t catch the now 26-year-old TV star with a DUI mugshot plastered all over TMZ; Tahj is one well-adjusted former kid star — and a very talented actor.

Just as he was receiving the good news that his new hit, ABC Family sitcomÂ Baby Daddy, had been picked up for a second season, EBONY.com caught up with Tahj, who plays Tucker Dobbs on the show, to find out the secret to making it out of child-stardom sans scandal and successfully transitioning into an adult career.

7 Healthy Tips for the Impulsive and Impatient

How to Maximize Mobile Productivity