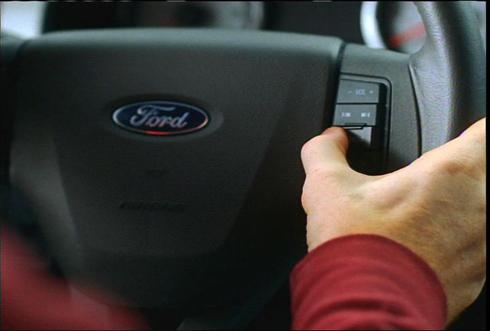 Imagine transforming your car into a digital, on-the-go, communications and audio entertainment hub. Ford and Microsoft have teamed up to give consumers of the auto giant’s Ford, Lincoln, and Mercury models an integrated platform that incorporates their digital lifestyles. The exclusive partnership’s Sync technology enables drivers to bring their Bluetooth-enabled phones and portable music devices along for the
ride.

With a USB cord, you can plug in your phone or MP3 player to make and receive hands-free calls while enjoying your favorite playlist. The Sync platform includes voice recognition technology, which allows a driver to use their phones and MP3 devices by saying commands into speakers positioned in the car model’s rearview mirror. Sync also lets you receive text messages that are read from a display on the car model’s Bluetooth-compatible stereo receiver. Sync can also translate text-based acronyms such as TTYL (Talk To
You Later).

BlackEnterprise.com recently tested an unlocked HTC Touch phone and a T-Mobile Razor to see just how in sync the technology could be with an overall driving experience. Command buttons placed at the edge of the steering wheel’s centerpiece allow you to navigate back and forth between phone and music choices. Just like many phone/MP3 players, the music cuts off if a phone call is coming in. Except for a few watery seconds, calls came in crystal clear.

Once the phone is paired with Sync, the technology recognizes all of the phone’s contact numbers. (We don’t know, however, whether the potential for dropped calls increases as the car moves from one location to another.) The car repeats the command that it is about to execute so that if it is a wrong number or if a driver changes his/her mind, they have the option to end the command. If the system doesn’t understand
a command, it will tell you.

In addition, the simple steps needed for using your phone with Sync technology are posted on the carmaker’s Website (www.syncmyride.com). Web users who log-on to the site will also find a list of phones that are compatible with Sync. For example, AT&T’s Apple iPhone works with the technology, as does
the Sprint RIM Blackberry 8310. (BE recommends checking the site for both phone and MP3 player compatibility updates.) Sync technology is compatible with GPS navigation devices.

As for tunes, you can identify the music you want to hear by sifting, via voice commands, through playlists, genres, and specific songs. If you prefer, Sync will go right to your song request. (During the test drive, Sync recognized symphony, hip-hop, rock, jazz, punk, and ’80s music). Once you get used to a menu of commands, the voice recognition technology feels fluid—it may take a few spins around a few corners or perhaps a long drive (preferably outside of metro-area traffic) to take full command of Sync’s attributes. But who wouldn’t want the option of being able to take their music playlists with them to their next stop? It’s not as