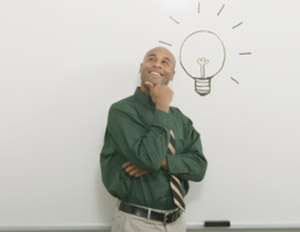 Startup founders, do you think your company is ready to pivot? It’s a question that was posed at “Hold ‘Em or Fold ‘Em: When to Pivot Your Startupâ€ at the Black Startup Founders Conference at South by Southwest (SXSW) on Friday, March 8.

BlackEnterprise.com caught up with moderator Lisa Nicole Bell, CEO of Inspired Life Media Group,Â and the featured panelists– serial entrepreneur Clarence Wooten; Craig Davis, founder and CEO of marketing platform Relevvant; and Chris Bennett, co-founder and CEO of Soldsie (formerly Central.ly), a social commerce tool for retailers–to get their tips on pivoting your startup. Here’s what they had to say…

“Sometimes you need to just pivot and move on. You need to work towards keeping the excitement around the product from your team that might have signed on for one thing that pivots into another,â€ said Wooten.

“Our education system teaching us that failure is wrong. I’ve only learned when I failed. Learn how to fail fast and fail cheap and pivot if necessary,â€ Wooten added.

“What’s your exit/buyout number? Understand where your business is going and know if you are able to reach that number. If you’re not able to hit that number you won’t be happy,â€ said Davis.

Surround yourself with those smarter than you

“It’s important to have good advisors around you,â€ said Bell. “And make sure you’re not smarter than the advisors in the room. If you’re smarter than they are, then something is wrong.â€

“One of the biggest mistakes was taking consumer feedback several times and building a product that still did not meet the overall expectations of the target audience. Learn how to take look at your product from a 360 degree few before pivoting.â€