Yesterday (December 22) would have been famed artist Jean-Michel Basquiat‘s 50th birthday. Since his death of an apparent drug overdose in 1988 at the age of 27, Basquiat has lived on through his artwork, which is praised for its socio-political undertones and unique visual aesthetics. Music producer and art connoisseur Swizz Beatz is a longtime fan of Basquiat’s work and has several of

the New York painter’s pieces in his collection. As part of his partnership with Reebok, Swizz will be launching a “I Am Basquiatâ€ campaign that will include footwear and apparel featuring Basquiat-styled imagery. BlackEnterprise.com recently sat down with Swizz to discuss how the campaign came about and why Basquiat is such a polarizing figure.

WATCH: Swizz Beatz On the Beauty of Investing in Art 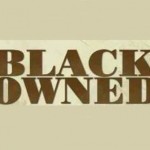 ‘Tis the Season to â€˜Buy Blackâ€™