Supreme Court to Hear Case on the Voting Rights Act 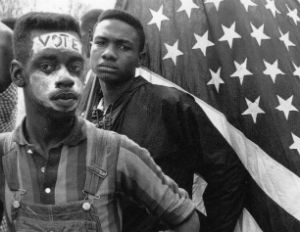 The Supreme Court is set to hear and rule a key part of the Voting Rights Act, in a case that could determine whether or not the federal government can protect communities of color from disengranchisement, according to the New York Times.

Three years ago, the court signaled that part of the law may no longer be needed, and the law’s challengers said the re-election of the nation’s first bllack president is proof that the nation has moved beyond the racial divisions that gave rise to efforts to protect the integrity of elections in the South.

The law “is stuck in a Jim Crow-era time warp,â€ said Edward P. Blum, director of the Project on Fair Representation, a small legal foundation that helped organize the suit.

Civil rights leaders, on the other hand, pointed to the role the law played in the recent election, with courts relying on it to block voter identification requirements and cutbacks on early voting.

Under the Voting Rights Act, certain states and counties with histories of disenfranchising voters have to get the federal government’s permission before they can change their voting rules. The aim was to ensure that they’re not changing their rules in ways that were ostensibly legal, but meant to keep black people from voting. The Voting Rights Act was a maj

Herbert Carter, One of the Original Tuskegee Airmen, Is Dead at 95