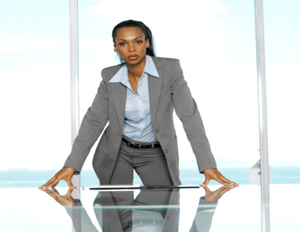 For the first time, the Supreme Court has deemed that profit-seeking businesses can hold religious views under federal law. In a 5-4 decision, the high court ruled that some corporations can hold religious objections that allow them to opt out of the new health law requirement that they cover contraceptives for women. This means the Obama administration must search for a different way of providing free contraception to women who are covered under objecting companies’ health insurance plans.

“Today, The Supreme Court gutted women’s right to birth control coverage under the Affordable Care Act. This is devastating news for the 51% of black women ages 18-35 for whom high cost has made it difficult to maintain consistent access to birth control. Now health decisions, for women who work at certain private corporations, are left to their bosses,â€ says Rashad Robinson, executive director of the ColorOfChange. With more than 900,000 members, ColorOfChange.org is the nation’s largest online civil rights organization.

“This unacceptable reality can only be changed if, this November, we show Congress and politicians that we won’t stand for this—and that if they don’t drop the attacks on our health care, we’ll drop them,â€ he adds.

Robinson further notes that in 2013, black women made the difference in the Virginia Governor’s race, blocking Tea Party darling Ken Cuccinelli and his extreme attacks on women’s health. As politicians decide how to respond to this decision, they need to know black women support affordable access to birth control.

Contraception is among a range of preventive services that must be provided at no extra charge under the health care law that President Barack Obama signed in 2010 and the Supreme Court upheld two years later.

“This case is part of a nationwide assault on Obamacare,â€ Robinson says. “Since the passage of the Affordable Care Act, Republican governors and legislatures across the country have blocked Medicaid expansion denying millions of low-income people access to affordable, quality healthcare.â€

3 Common Startup Mistakes And How to Avoid Them