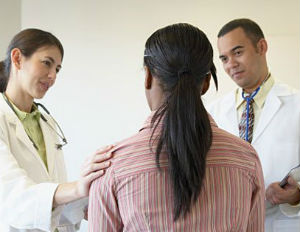 The Supreme Court has ruled that some corporations can hold religious objections that allow them to opt out of the new health law requirement that they cover contraceptives for women, reports the Associate Press. The justices’ 5-4 decision is the first time that the high court has ruled that profit-seeking businesses can hold religious views under federal law. And it means the Obama administration must search for a different way of providing free contraception to women who are covered under objecting companies’ health insurance plans.

Contraception is among a range of preventive services that must be provided at no extra charge under the health care law that President Barack Obama signed in 2010 and the Supreme Court upheld two years later.

The case has been closely watched by LGBT advocacy groups who worried that a decision favoring Hobby Lobby could affect whether employers will be able to cite religious beliefs to deny such services as alternative insemination and gender reassignment.

Two years ago, Chief Justice John Roberts cast the pivotal vote that saved the health care law in the midst of Obama’s campaign for re-election. On Monday, dealing with a small sliver of the law, Roberts sided with the four justices who would have struck down the law in its entirety.

Justice Samuel Alito wrote the majority opinion. The court’s four liberal justices dissented. The court stressed that its ruling applies only to corporations, like the Hobby Lobby chain of arts-and-craft stores, that are under the control of just a few people in which there is no essential difference between the business and its owners.

Alito also said the decision is limited to contraceptives under the health care law. “Our decision should not be understood to hold that an insurance-coverage mandate must necessarily fall if it conflicts with an employer’s religious beliefs,â€ Alito said.

He suggested two ways the administration could ensure women get the contraception they want. It could simply pay for pregnancy prevention, he said.Â  Or it could provide the same kind of accommodation it has made available to religious-oriented, not-for-profit corporations. Those groups can tell the government that providing the coverage violates their religious beliefs. At that point, the groups’ insurers or a third-party administrator takes on the responsibility of paying for the birth control.