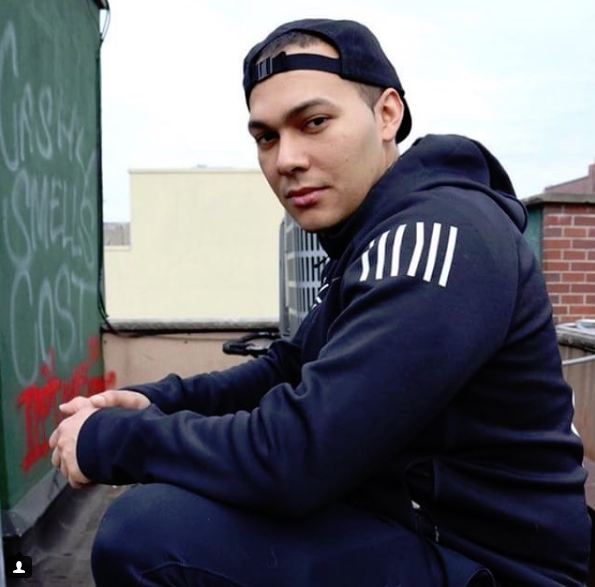 BLACK ENTERPRISE has developed the “Success Beyond Bars” video series—sponsored by Koch Industries—to spotlight individuals who have been incarcerated and who have turned their lives around by creating innovative, impactful ventures to change our world. Our latest profile features Coss Marte, founder and CEO of ConBody.

Coss Marte used his time in prison to not only find a  life-saving path to health and fitness but also create a platform for a thriving business: ConBody. Marte, 32, designed this venture to offer fitness training to a clientele that includes Wall Street professionals and entertainers, among others, while recruiting the formerly incarcerated for his crew of trainers. It’s part of this visionary’s mission to help shatter barriers and remove the stigma faced by those seeking to re-enter society and rebuild their lives.

The process of sculpting his muscular enterprise started from a prison cell.

Born and raised on Manhattan’s Lower East Side—as he says “Not the Lower East Side you see today with the galleries and poodles”—the first American born citizen of a struggling family of Dominican immigrants was struck at an early  age by the sight of his mother forced to work in a factory sewing clothes “for basically nothing.” The young Marte quickly became frustrated by living a life of deprivation—and turned to crime to change his financial status.

“The first avenue to becoming rich was through the world of drugs. I would see my cousins and other family members on the corner hustling and dealing, and at 11 I started getting involved with them,” he recalls. “They were basically babysitting me, and watching me on the corner while they’re doing their hand-to-hand transactions. I started dealing with them at 13, and from there I started growing.”

By 19, Marte says that he “ran one of the largest drug delivery services in New York City,” grossing more than $2 million annually.  It all ended at the age of 23 when he was arrested by authorities, charged as a drug kingpin, and sentenced to seven years for possession and sale of controlled substances. He would eventually serve four years; serving time at Rikers Island and Greene Correctional Facility in upstate Coxsackie, New York.

FINDING AN ENTREPRENEURIAL VISION IN PRISON

It turned out that prison saved him from a death sentence, however. He says: “That’s when I found out I had health issues. I was pretty overweight. The doctors told me my cholesterol levels were through the roof and that I could probably die of a heart attack within five years.”

His medical report motivated the determined Marte to develop an exercise regimen that included running laps in the prison yard and calisthenics in his cell. His program freed him of the weight, losing 70 pounds within six months. His phenomenal results caught “the eyes of other inmates, and they started running with me. I helped over 20 inmates lose over 1,000 pounds combined.”

While incarcerated, he decided to end the “this whole web of destruction that was not only affecting my son,  my family, but the thousands of people that I was selling drugs to, and I felt like I needed to give back in some sort of way.” For Marte, health and fitness was the answer.

Re-entering society upon his release in 2013, he had difficulty finding a job and the former kingpin who ran a $2 million a year empire was forced to work as a housekeeper. True to his vision, he started training the people who hired him to clean their houses. Due to his background, building up a clientele for his new venture was no easy feat even though he initially downplayed his stint in prison in marketing materials. “In the beginning of the classes, I would tell people my story. I would give them a 15-second intro of what they’re getting into, {telling them that} this is a prison-style boot camp based off my prison experience,“  he says. “There was one time where this lady was right in front of me. I shared this, and I just saw her facial reaction. She said, ‘What? You were in prison?’ I could tell that she was judging me, and I tried to crack a joke. I was like, “Oh, don’t worry about it. I didn’t do that much prison time. Give me a high five. I’m not that scary,” and I smiled. She said, ‘Get away from me,’ grabbed her stuff and stormed out of the room. It was embarrassing. I was taken back. At that moment, I was like, ‘You know what? I’m just going to be out and open. If you don’t like it, then don’t sign up for it.”

Marte says he brought muscle to his bare-bones operation through a variety of resources during the startup phase, including the development of a Kickstarter campaign and participation in Defy Ventures, an intensive MBA-style program for formerly incarcerated individuals who wanted to launch their own businesses: “They believe that illegal entrepreneurs could become legal entrepreneurs.”  The nonprofit also held Shark Tank-style business plan competitions. Marte used such pitch contests—one in which he beat MBA students from Harvard and Massachusetts Institute of Technology (MIT) —and an array of other sources to raise more than $150,000 in capital. “It’s a blessing. I doubted myself at certain times, just because I didn’t have those credentials,” he reflects. “I put myself through the wringer.”

Rising at 5:30 a.m. each morning, his tenacity has been a vital part of his workout plan for business success. With a staff of more than 15 employees—most of whom have served time in penitentiaries—ConBody trains more than 1,400 members at two locations in New York City: one in the Financial District and the other on the Lower East Side at the same corner where he used to peddle drugs. Maintaining that he provides clients a “real workout” in hour-long sessions unlike boutique-style health clubs, Marte fully embraces his journey from behind bars to pushing barbells. Visit the ConBody website and you’ll discover the company’s promotion of  “Prison-Style Boot Camp,” complete with mugshot-style introductions to its trainers. And due to international demand for his hard-body techniques, “we created this online platform where you could virtually work out with our trainers for $5 a month.”

Marte seeks to lift ConBody to even greater heights. Gaining a recent investment from tech innovator Snapchat, he is looking to open another New York studio and has traveled to Los Angeles to identify a location where his company can train, in part, the Hollywood set. Moreover, he recently released a book on his techniques to boost exposure and branding.

But while he weighs such growth prospects, he hasn’t lost sight of his mandate: Uplifting those who have been incarcerated. In fact, he indoctrinates all new recruits—according to CNBC, some of whom graduated from Defy Ventures—through an internship program that requires them to handle janitorial chores and become ingrained into the company culture. He then methodically works them up to the trainer level.

He views the interaction between the ConBody crew and its professional clientele as being a healthy, transformative exchange: “I think what we’ve done is really broken down stereotypes on how formerly incarcerated individuals are viewed,” he asserts. “It’s been a whole turnaround with individuals who have never been incarcerated, young professionals who’ve never met anybody that’s been in the system. Bringing them together has been magic. When you see that happening,  people really just view the [formerly incarcerated] as real human beings.”

In this “Success Beyond Bars” video, Marte shares his captivating story of redemption and determination to produce a transformative model to advance health and fitness as well as career development of the formerly incarcerated. 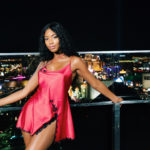 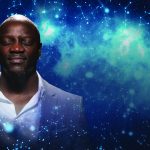