Subway Footlong Controvery: Company Vows To Ensure All Are '12 Inches' 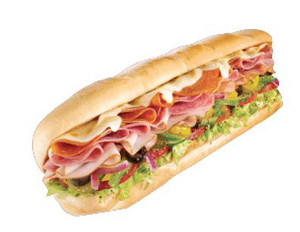 What started as a simple Internet complaint has quickly snowballed into a full PR nightmare for Subway, who was forced to issue another statement today.

When Subway customer Matt Corby made a Facebook post complaining that his “Footlongâ€ Subway sub was only 11 inches in length, many other customers brought out their rulers to check the length of their sandwiches. The story quickly went viral and was soon a worldwide news story.

Soon the sandwich maker was hit with a lawsuit from 2 men in New Jersey, followed by another suit filed in Chicago. Both suits took the franchise to task for selling “Footlongâ€ sandwiches that were less than 12 inches.

Originally, Subway Australia addressed the initial incident with a statement that said the “Footlongâ€ was “not intended to be a measurement of length,â€ it was only the name of the sandwich. But today, the company issued the following statement to the Chicago Tribune which contradicts their previous statement.

The statement read: â€We have redoubled our efforts to ensure consistency and correct length in every sandwich we serve. Our commitment remains steadfast to ensure that every Subway Footlong sandwich is 12 inches at each location worldwide.”

Subway has faced challenges over the “Footlong” name before, including in 2011 by convenience chain Casey’s General Stores. Subway had ordered Casey’s to stop using the “Footlong” name to describe its 12-inch sandwiches and even threatened to sue, prompting Casey’s to counter that “Footlong” is a generic term that anyone should be allowed to use. Casey’s withdrew its petition before the matter went to court.

Salty Spouse: 3 Signs Your Mate is a Career Hater