Study: Blacks Blog More Than Whites. But Why? 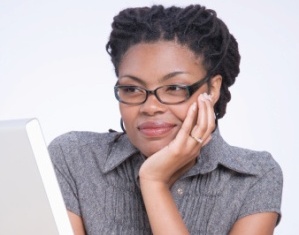 So what are we saying? Could it be that we gravitate to bloggingÂ becauseÂ it presents an opportunity like no other medium has in the past for African-Americans (and all nationalities forÂ thatÂ matter) to express ourselves and let our voices be heard by a “worldwide” audience? Are we anxious to take advantage of a platform that allows us to be opinionated and uncensored? The answers are still to be determined. The study doesn’t (and didn’t try to) to answer the question why. Says Schradie, “Ultimately, the study shows that class inequality is perpetuating the digital divide in social media. Race matters, but not the way we think it does.”

Click here to take a look at our picks of some of the best black bloggers in the biz.

Hot Ad Mess: Is Lack of Color in the Advertising Biz to Blame for MJB/Burger King Snafu??

Obama Reveals How to Get National Unemployment Rate to 6%