Valentine’s Day, depending on who you ask, is a day filled with Instagramable moments of bae goals, or a time to totally go the anti-beau route and focus on self-love. You can’t get through February 14th without seeing an oversaturation of all things related to love.

However, a recent Merrill Edge report reflects that for many people, money trumps love with 56% preferring a partner who provides financial security over grandiose love (44%). Respondents also favor a partner who is career-focused (63%) over socially conscious (37%), frugal (55%) over philanthropic (45%), and a saver (83%) over a big spender (17%).

“Americans are saving money at record rates, and yet we’re seeing people of all ages look to their current and prospective partners to secure their financial futures. Economic uncertainty and a lack of financial planning seem to be creating this burgeoning trend of dependence on others for financial security,” Aron Levine, head of Consumer Banking & Merrill Edge, said in a statement. “We believe that it’s crucial to have a financial plan at every life stage in order to achieve financial goals and stay on the right path to financial success.”

Though many are attracted to a go-getter who is all about getting that coin, things can get a little sticky when it comes to the oh-so-inevitable “money talk” with bae. The report found the majority of respondents admitted they “rarely talk about their debt (60%),” salary (57%), and investments (55%) with their partner.

Respondents in the study also ranked almost all major relationship milestones ahead of discussing their finances, including meeting the family, being intimate, traveling together, and discussing politics.

If money is a major factor in a choosing a love or spouse, experts recommend getting over the awkward silence and procrastination and asking key questions about debt, money morality, and financial plans for the future—including retirement—early. Having open and honest conversations about money with someone of serious romantic interest—especially as millennial households are earning more money at their age than generations before—can help those in the dating pool avoid a lot of heartbreak and relationship woes down the road. 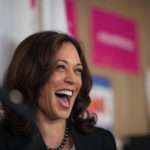 Presidential Candidate Kamala Harris Is Coming to Women of Power 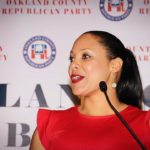