A recent study by the Institute for Women’s Policy Research found that African American women who lived in public housing before Hurricane Katrina had been largely ignored in the aftermath.

Research also indicated that the women were forced to move into more expensive housing, and some had to relocate to areas where they faced racial intimidation.

[Related: What Hurricane Katrina Can Teach Us About Insurance and Credit Card Debt]

“Despite facing mounting losses, which included emotional trauma from surviving a horrific disaster, economic hardship of being displaced from their homes and communities, and the political invisibility of having their needs largely ignored by disaster relief policies, these women exhibited remarkable courage, determination, and resiliency as they sought to keep their children and themselves safe and move on with their lives,â€ said the study’s author, IWPR Senior Research Fellow Jane Henrici, Ph.D., in a statement.

The findings are based on interviews with 184 low-income black women and examines how redevelopment efforts affected some of the city’s most vulnerable residents. A majority of the women interviewed said they wanted to return to their homes but were not able to go back because officials demolished the housing projects after the storm.

The plan, which was announced in 2006 by the Housing Authority of New Orleans and the U.S. Department of Housing and Urban Development (HUD), was created to diversify the socio-economic groups of the city by replacing public housing complexes with mixed-income housing. However, the study indicates, new developments included fewer low-income apartments, which meant many people had to pay more for housing.

President Barack Obama recently addressed issues of economic inequality as the nation commemorates 10 years since Hurricane Katrina changed the lives of New Orleans residents forever and shined a light on issues in its communities.

“Our work here won’t be done when almost 40% of children still live in poverty in this city. That’s not a finished job. That’s not a full recovery,” he told an audience in Louisiana Friday. He also highlighted the fact that statistics showÂ African American households in the city earn more than 50% less than their white counterparts—- a figure that surpasses the national average. 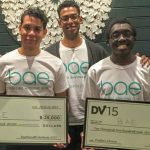