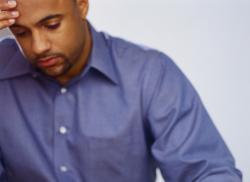 “Madison Avenue is afraid of the dark,â€ Nat King Cole said about the advertising industry in 1957 after he abandoned his eponymously named television show. Despite the show’s success, no advertisers were willing give national sponsorship to the first show hosted by a black man.

A new study released yesterday by the Madison Avenue Project, a partnership between the NAACP and civil rights law firm Mehri & Skalet P.L.L.C., addresses racial disparities that continue to exist in the advertising industry. (Madison Avenue and the ad industry have been synonymous since the explosive growth in the New York City street in the 1920s.)

The study found that compared with the overall labor market,Â the racial pay gap in advertising is more than twice as large as it was 30 years ago– evidence Cyrus Mehri says is proof that things have not changed much since Cole’s show.

“Forty-five years after the passage of the civil rights act of 1964, they are still a closed society. They are an industry where favoritism rules the day and merit is cast aside,â€ says Mehri, founding partner of Mehri & Skalet. Mehri has served as co-lead class counsel in some of the largest and most significant race and gender cases in history.

Among other issues, “Research Perspectives on Race and Employment in the Advertising Industryâ€ measures the pay gap between whites and blacks and addresses what can be done to rectify the problem. The study, conducted by Bendick and Egan Economic Consultants, found that the black—white gap averages 38% larger in advertising than in the overall U.S. labor market. Additionally, blacks with the same qualifications would need to be paid 25% more to earn the same as whites.

“We are going to call on all of the clients and companies that rely on the multibillion- dollar advertising industry to take a really good and hard look at the facts surrounding African American employment and to join the Madison Avenue Project in seeking change,â€ said Angela Ciccolo, interim general counsel/secretary to the NAACP.

In order to even the playing field in this $31 billion a year industry, leading global advertising companies such as Omnicon, WPP, Interpublic, and Publicis would need to triple the employment of black managers and professionals, which, at the present rate, will not occur for another 71 years, according to the study.

“Madison Avenue erected a semi-apartheid marketing system in America,â€ says Sanford Moore, a radio personality on Kiss-FM, who worked for both general market agencies and minority-owned agencies for more than 40 years. “The industry wants to terrorize the financial situation [of black media, whether magazine or radio] by discounting the importance of black consumers.â€