Blacks are Increasingly Optimistic and Confident About Money 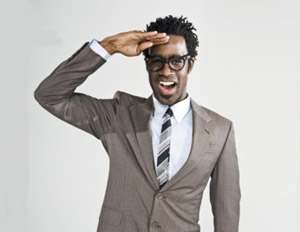 The 2015-2016 Prudential Financial African American Financial Experience study paints a picture of African Americans that is often missing from national conversations about blacks and money, which are usually focused on how we’re on the losing end of a given ‘gap.’

Through its research, however, Prudential turns the spotlight on the often overlooked fact that the African American experience with money is evolving at an incredibly fast pace, particularly given that wealth building has only been a viable option for many in the community for just 1 or 2 generations.

In fact, more than half of the African Americans surveyed, 56%, say they are better off financially than they were 5 years ago, and they feel better off than their parents were at their age.

[Related: [WATCH] Insuring Your Loved Ones Benefit From Your Estate]

“This study paints a picture of an increasingly financially savvy and affluent African American community,â€ said Mammen Verghis, vice president of multicultural marketing for Prudential. “We are seeing a group that is financially confident, focused on service, and open to receive assistance from professionals who can help them move closer to financial security,â€ Verghis adds.

While the fact that blacks are faring better financially than they were 5 years ago is not surprising — the economic recovery; albeit gradual, makes everybody feel better. A majority of survey participants are optimistic that their financial gains will continue, with 58% indicating they expect their next generation to have a better financial situation than their own, compared to 46% of the overall population.

“Each generation of African Americans is becoming more comfortable about conversations about money.Â  Managing money is a proactive thing. We understand that now,â€ says Alfred Edmond Jr., BE’s senior vice president and executive editor-at-large, and co-author of Loving in the Grown Zone: A No-Nonsense Guide to Making Healthy Decisions in the Quest for Loving, Romantic Relationships of Honor, Esteem, and Respect.

“We’re the first generation who didn’t have our major financial decisions handled for us through organizations like pensions or unions. We’ve had to make self-directed decisions about things like retirement planning, insurance, and debt.Â  Younger members have been born into that conversation,â€ Edmond adds.

A conversation that researchers say is the starting point for awareness and choices that will continue to improve the African American financial experience.