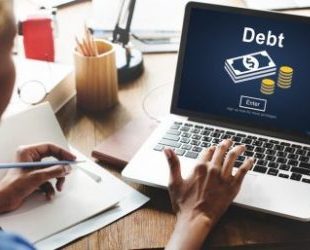 Student loan debt is a reality for many American students, and for black students, in particular. The nation’s student loan indebtedness now stands at more than $1.3 trillion, as reported in Forbes, exceeding auto loans and credit card debt. Only mortgage debt is greater.

The other day, I held a financial meeting with my adult children, both of whom have some student loan debt. One is still in school, one is a college graduate, but neither knew the total amount of their indebtedness, nor the interest rate they were being charged.

So, I told them to find that out as a homework assignment, and tell me by the following Saturday.

But, the next Saturday, I had to ask them again. To their credit, they both quickly found out the information, and relayed it to me.

Something else I told my children: Don’t marry anyone who doesn’t know those two things about their college loans.

Interest is not inconsequential. If you’re saving money, any interest you earn works in your favor, making your money work for you, as the saying goes.

But charged interest does just the opposite, insidiously digging your debt hole deeper and deeper.

The interest you’re charged–along with the principal, of course–keeps you from using that money for yourself, to support causes you believe in, build up an emergency fund, or invest.

It Matters Where You Live, Too

Do you live in New York? You are more likely to have a higher loan indebtedness as a percentage of your income. In Alabama? There, people ages 25 to 34 are more likely to be unemployed, compared with residents of other states. That’s according to WalletHub’s geographic analysis of student loan debt, which put an interesting twist on the subject. Of the states, Utah has the least amount of student loan debt, and West Virginia has the most.

So, along with knowing your interest rate, you may want to choose to live in a part of the country that provides the best opportunities for employment. The states with the lowest unemployment of adults age 24 to 35? WalletHub identifies them as Nebraska, Utah, North Dakota, New Hampshire, and Colorado.

No matter where you live, be sure to look into income-driven repayment plans and Public ServiceÂ loan forgiveness. Utilize every tool in your financial arsenal to stay on top of student loan debt.

Keeping Millennials Out of Debt

How Do You Choose an HBCU? Thereâ€™s an App for That