Struggling Schools Can Turn Around 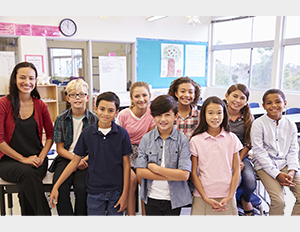 Can low-performing schools be turned around? According to the Brookings Institute, yes. And there are certain practices that, implemented faithfully, practically ensure a successful turnaround.

Below is an excerpt of a fascinating post about one principal’s challenge: turning around a school where little learning was occurring.

When Alison Harris Welcher became principal of Ranson I.B. Middle School in Charlotte, North Carolina, it was one of the lowest performing schools in the district. “We had teenagers who couldn’t read,â€ Harris Welcher recently explained inÂ testimony before the U.S. Senate. “There were classrooms full of kids where no learning was happening.â€

Four years later, Ranson had exceeded all of its growth targets and was one of the top 25 schools in the state on theÂ growth composite index measure.

Harris Welcher’s success defies the all-too-common pessimism regarding the possibility of improving struggling schools. “There is a real difference between maintaining excellence and building it,â€ said Harris Welcher. “School transformation is hard, it takes time, andÂ it is possible.â€

The Every Student Succeeds Act, our new federal education law, grants states and districts more freedom to develop locally tailored strategies for improving the lowest performing schools while also requiring them to use approaches supported by evidence. As they grapple with implementation of ESSA, our school systems have much to learn from Harris Welcher’s experience and other great principals like her.

Research (including by the U.S Department of Education,Â the Wallace Foundation, andÂ the U Chicago Consortium on School Research) has found that effective leadership is a critical driver of school turnaround. While multiple factors contribute to school transformation, ensuring struggling schools are led by a well-prepared, well-supported principal can and should be a central strategy for improving them.

But what exactly does effective school leadership look like? What skills and knowledge do outstanding principals possess? And what actions lead to success?

We set out to answer these questions by studying more than 100 school leaders who, like Harris Welcher, have overseen significant achievement gains in district and charter schools serving our country’s most vulnerable and at-risk students. Although such principals often seem like one-of-a-kind superheroes, we found that their success derives from a surprisingly uniform set of practices that, when carried out with fidelity, consistently result in significant school improvement.

How NOT to Psyche Yourself Out of Running