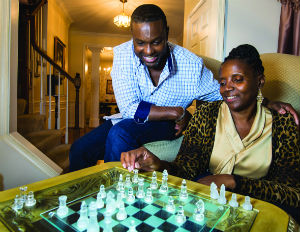 “Should I borrow from my retirement savings to help pay my children’s college tuition?â€ It’s a question posed often to financial planners. And their response is a consistent, “No.â€

There are many reasons why. The older you are, the more difficult it is to replace the money you have saved, especially in an era of layoffs and job uncertainty. And, there is no way to make up for the power of compound interest on your savings, which Albert Einstein called, “the eighth wonder of the world.â€

Also, most people have saved little or nothing for retirement, which means they are already facing a standard of living in retirement that is lower than what they are used to.

It’s a hard decision. Parents feel a responsibility to help their kids get through college without an enormous debt load. In a T. Rowe Price survey, 53% of the parents interviewed said they would rather raid their retirement savings than have their children take out loans to pay for college. 49% said they were willing to delay retirement, if necessary, to pay their children’s tuition.

Still, that doesn’t make it the right way to do it.

Reginald and Kim Rich, aged 57 and 55, of Bowie, Maryland, put three sons and a daughter through private schools and then college with a combination of luck, scholarships, and loans. He is a recently retired firefighter and EMT. She is a nurse, and is several years away from retirement.

Though the financial path through college was different for each of their children, Reginald and Kim never once thought about touching their retirement savings. As a result, they have in excess of $400,000 in separate 401(k) savings plans, in addition to Reginald’s pension and non-retirement savings.

“I was always told if you want to be comfortable (in retirement), do not touch it,â€ Reginald says. “Once we retired, we wanted to still live comfortably,â€ says Kim.

Their four children range in age from 22 to 36. The youngest, their only daughter, recently graduated from the University of Maryland, meaning all four children are now college graduates.