Stopping School Suspensions Before They Start 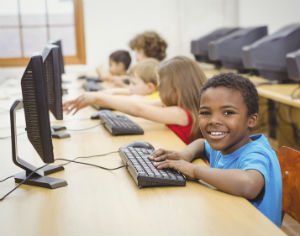 Jason A. Okonofua, Ph.D., a social psychologist at Stanford University, has developed an intervention for teachers that disrupts the process that causes them to see the black children in their classes as troublemakers.

Studies of middle school teachers who underwent the training suspended all students at dramatically lower rates; black and Hispanic boys and girls, however, who are most at risk of being suspended, benefited most.

I spoke with Okonofua recently to learn more.

What role does race play in out-of-school suspensions?

[My research has] found that after repeated misbehaviors teachers felt more troubled by misbehavior coming from black students than the same misbehavior from white students. They wanted to discipline the child more severely if it was a black student.

We were able to pinpoint the process that leads to that, and it has to do with stereotyping and bias.

If we can reduce the likelihood of a teacher labeling any student a troublemaker, we can disrupt that process, so that’s indeed what we tested and found.

These psychological interventions have been shown to have effects that extend well into the future–even 10 years based on an initial change in mindset.

This is not a policy intervention; it’s not a curricular intervention–it’s a psychological intervention that’s solely about shifting one’s mindset to be more conducive to a better relationship with students. Once that mindset is shifted, it builds on itself over time in a recursive cycle.

What effect does this have on the student?

It leads students to feel more respected by their teachers and all teachers at the school–which is a real strength of the intervention. Shifting teachers’ mindsets changes how they interact with students, and in turn, students’ mindsets also change because they feel more respected in the classroom and more motivated to do well and follow the teacher’s instructions.

Equipping People of Color for Jobs in Media