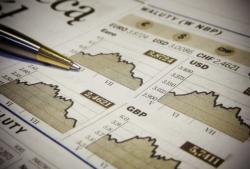 When stocks slide, taking capital losses can be a savvy move. You’ll cut your taxes now and in the future. However, tax losses help you only if you take them in taxable accounts.

If you take losses in a tax-deferred account such as an IRA, you won’t get any benefits. That said, there may be a way to cash in on an IRA that has been depleted by sinking stocks.

Convert your traditional IRA to a Roth IRA. In order to convert, your income must be $100,000 or less this year. “If you convert now, you’ll probably owe less tax than you would have owed a year ago,â€ says Ed Slott, a CPA in Rockville Center, New York, who publishes an IRA Advisor newsletter. When the stock market rebounds—as it always has in the past—you can pull out the gains without owing any income tax.

If John had converted his IRA to a Roth IRA then, he would have owed around $175,000 in tax. That assumes a tax rate of 35%, payable to his state and to the IRS.

Enjoy tax-free income. Saving $70,000 in tax sounds great. This savings though, is available only if John pays $105,000 in income tax. Why would John pay all this tax now when he simply could let his traditional IRA alone, deferring tax until he takes money out? Because paying tax now can be a better deal than paying it later.

Say John Doe leaves the money in his traditional IRA, stocks recover after a few years, and this person’s IRA grows back from $300,000 to $500,000. That $200,000 gain will be inside his traditional IRA. Every penny he withdraws will be subject to federal and state income tax.

On the other hand, those gains can be tax-free after a Roth IRA conversion. “All withdrawals from a Roth IRA avoid income tax five years after the account is opened, as long as the owner is at least age 59-1/2,â€ says Barry Picker of Picker, Weinberg & Auerbach, a CPA firm in Brooklyn, New York.