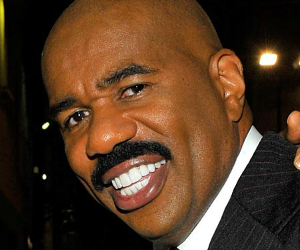 Will this man ever take a vacation?

Steve Harvey, according to Uptown Magazine, has had his talk show, ‘Steve Harvey’ renewed through the 2016 season. The actor, comedian, author, talk show and radio host had the #1 new syndicated daytime show with women 25-54 this past season.

“Steve is one of the best entertainers in the country, and his first season has been a tremendous success because of the personal connection he makes with the daytime audience,â€Â said Ted Harbert, chairman of NBC Broadcasting. “It’s so great to see Steve’s very funny and substantive show being rewarded with long-term commitments from our station partners.â€