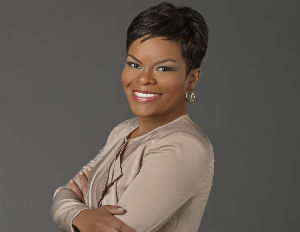 Working in radio can be a lifelong dream for some and an unexpected career transition for others. In the case of Monica T. Barnes, the idea of being a radio show producer and talent booker was never on her radar.

Serving as one of the key members to the Steve Harvey Morning Show since 2008, Barnes is responsible for helping the show run smoothly on more than 70 different radio stations across the country. With a bachelor’s degree in psychology from the University of Southern Mississippi and a master’s degree in counseling from Jackson State University, Barnes opens up to BlackEnterprise.com about her career transition to radio and how she landed a job alongside one of the hardest working men in entertainment.

BlackEnterprise.com: Briefly describe what you do in your role as a producer and talent booker for the Steve Harvey Morning Show?

Barnes: As producer, I prepare all of the live content for the show and prepare a daily grid with the flow of the show. I schedule all on-air talent and sponsored interviews, as well as schedule in-show advertising. I work closely with our sales team and Executive Producer and Program Director for show content.

Where did you work before coming to the Steve Harvey Morning Show?

Prior to radio, I worked for over 12 years as a mental health therapist and rehabilitation specialist.

Did you always know that you wanted to work in radio?

No, not at all… it was by chance! I actually began working for The Steve Harvey Foundation and later transitioned into the broadcast studio.

What are some of the challenges you face in your job?

I work with Steve Harvey, so that in itself is a challenge. He is comedian and keeping him focused for four hours early in the morning takes a lot of patience. But realistically, there aren’t a lot of challenges with the show because we are all a cohesive team with one goal — to continue to be the #1 syndicated morning show.

What’s the best piece of career advice that you’ve been given?

So many times I hear people say that my job is not appealing because my day start at 4:30am. They often say, “I’m not a morning person!â€ My response is always, “You have to be whatever kind of person it takes to get the job done.â€ I don’t understand how people limit themselves or plan their lives around sleeping and recreation time.Â  My parents taught me to do what I have to do now, so I can do what I want to do later.

What advice do you have for young professionals who want to have a successful career as a radio producer?

The position requires excellent communication skills (written and oral), attention to detail, and you have to be organized and efficient. In my position, the morning show team relies on me daily to give them accurate, topical information and ensure that each show is better than the last.

Be sure to register today for Black Enterprise’s Entrepreneurs Summit to hear Mr. Steve Harvey himself open up about his career journey to success.