In support of his idea that America’s success depends on strengthening its role as the world’s engine of discovery and innovation, Obama announced last Thursday, a major expansion of the Educate to Innovate Campaign that he launched in November 2009. The new addition, Change the Equation, is a CEO-led effort to dramatically improve education in science, technology, engineering, and math.

Ursula M. Burns, leader of the White House STEM program, Xerox CEO, and the first African American woman to run one of the largest publicly traded companies is leading the Change the Equation initiative. She co-founded the program with astronaut Sally Ride, former Intel Chairman Craig Barrett, Time Warner Cable CEO Glenn Britt, and Eastman Kodak CEO Antonio Perez. Change the Equation will utilize the resources of 100 CEO’s to achieve a sustained commitment to improving STEM education. It will also help companies increase their ownÂ  engagement in STEM education, as well as create a state-by-state “scorecardâ€ to highlight areas for state-level improvement.

The program is supported by the Bill and Melinda Gates Foundation and Carnegie Corporation of New York, will receive $5 million of funding for its first year of operations, and plans to replicate successful privately-funded programs in 100 high-need schools and communities by:

The President also announced specific public-private partnerships such as the National STEM Video Game Challenge, which will target students in high-poverty schools from under-served urban and rural communities.

The challenge involves two annual competitions — focused on both playing and designing games for STEM learning. Student designers from 5th to 8th grade can receive $50,000 in prize money, and the Developer Prize will be open to anyone and focus on STEM games for early learners, pre-K to 4th grade. Private entities like the Entertainment Software Association and Microsoft, will partner with non profits and foundations like the American Library Association, and the Boys and Girls Clubs of America among others to execute the challenge.

In addition, the Sunnyvale, CA-based silicone and software company AMD will expand its “Changing the Gameâ€ initiative over the next three years, reaching 20 regions and 10,000 children with hands-on game development.

Finally, the President’s Council of Advisors in Science and Technology (PCAST) released a report outlining ambitious new policy proposals for improving STEM education. The report includes specific and practical recommendations that school administrators can take and recommends that the federal governmentÂ  improves coordination and leadership on STEM education. It also calls for increasing support of state-led movements and school districts in their effort to create vibrant STEM learning environments, adopting a common baseline for what students learn in STEM, recruiting and rewarding STEM teachers, and creating experiences that excite and interest students of all backgrounds.

You Media – 21st Century Learning Labs in Libraries and Museums 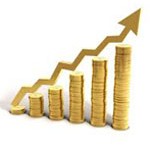