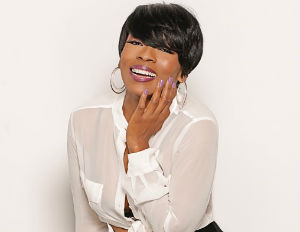 Actress recognized for her role alongside Hollywood heavyweight Martin Lawrence in A Thin Line Between Love and Hate.

Fabulous Atlanta socialite with a great salary to boot.

Woman with a mugshot and a DUI charge.

That was Stacii Jae Johnson’s reality when–as a power-broker who served as entertainment and special events director, and major fundraiser and trusted adviser to Atlanta Mayor Kasim Reed–one fateful day in 2012 changed her life.

Stopped by an Atlanta officer for speeding, she was later arrested and charged with driving under the influence. She admits that she was speeding that day, however the DUI charges would later be dropped–but not before news broke on blogs and local news stations, tarnishing her reputation and leading to her resignation.

[Related: One Of the Best Things You Can Do For Your Career in 2016]

After overcoming depression and rejection, Johnson became a successful radio host and landed a spot at one of the Southeast’s top stations, V103. She left the station last year to pursue a career as a motivational speaker and author, having pennedÂ Date Girl: 143 Reasons Why I Believe Women Should Date Multiple Men. She has now added reality TV to her resume, sharing her story on the Queen Latifah-produced From The Bottom Up. The show is a six-part docu-series airing on Centric Television, following the plight of Johnson and four other women who stood tall in success but fell from grace into scandals.

Below, Johnson shares insights on how she rebounded and her advice for others who are facing career debacles and scandals of their own:

BlackEnterprise.com: Your career story includes a major setback when you faced charges for driving under the influence after a 2012 traffic stop. You’ve since been able to overcome the stigma and empower others with your story. What advice do you have for others who may be facing a career-breaking situation today?

Johnson: First, allow yourself to go through the pain. Don’t avoid it, but be reassured that it’s going to be okay. I’ve never been one to make myself to be a victim, but for a while after the incident, I was just devastated. It has to be one of the most painful things that happened to me. I was not drunk, but I had to take responsibility that I was speeding. I eventually had to stop victimizing myself.

Second, consciously make a decision to step out of the pain. After you’ve shed those tears, have a conversation with yourself and choose to stop crying. I had to really look at the specifics of what happened and find my power somewhere in that. For me, I got my strength from my faith in God. I prayed and asked Him to give me strength.

Third, think of your God-given talents and be creative in using them to make a living in your new career journey. Think outside the box in terms of your career choice. You may have to make a change that may impact your finances, but if you do what you love, the opportunities will come. My situation made me look back at who I needed to be and what I represent.

Before I got into politics, I was entrepreneurial. I just switched that energy from crowning those in the political arena [via work as a fundraiser and events professional] to crowning myself. I created a voice for myself via a radio show on a small AM channel. From there, I went to V103 after [a professional] said he’d been listening to my show and admired my work. Then, I started writing my book and next, this TV project came up–all after I decided to just start crowning and encouraging myself.

13 Tips For Growing An Authentic Audience