Starbucks to Help Thousands of Workers Pay for College Education 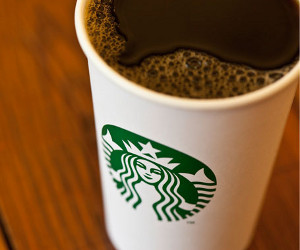 Starbucks is one company that’s proving that it has an invested interest in the well-being of its workers.

In a partnership deal with Arizona State University, Starbucks is offering to help pay for the education of 135,000 U.S. employees who work at least 20 hours a week in an effort to help them earn their online college degree debt-free. The Seattle-based coffee company says that it will phase out its current tuition reimbursement program, which offers workers up to $1,000 a year for a college education at Strayer University or City University of Seattle.

Starbucks says that the program won’t require workers to stay at the company after they earn their degrees and it won’t restrict them to only studying fields that relate to their work at Starbucks. There’s no word on how much the education partnership will cost the coffee company, but one thing for sure is that the new program will significantly boost Arizona State’s online enrollment, which charges tuition of about $10,000 a year, and it will certainly move the country in the right direction towards reaching Obama’s goal of having America as the country with the highest proportion of college graduates by 2020.

30 Hilarious Memes From The NBA Finals