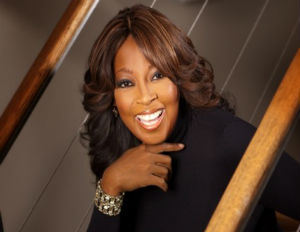 With her recent appointment as president of the Professional Diversity Network (PDN), Star Jones is tasked with expanding professional opportunities for all minorities seeking employment.

In addition to her role at PDN, Jones also serves as president of the National Association of Professional Women, where she supports and advocates career advancement for more than 600,000 diverse professional women who are a part of nearly 300 of NAPW chapters nationwide.

At just 52-years-old, Jones newest position has made her one of the youngest out of a small group of African American women who are leading a publicly traded company. BlackEnterprise.com caught up with the power woman to get insights on her new role as PDN President, her advice for other professional women looking to accelerate their career and her words of wisdom for CEOs who claim they have a hard time finding qualified minority applicants.

Black Enterprise: Why do you think it’s important for company CEOs and executives to recognize the need for workforce diversity?

Star Jones: Well, diversity is not only the right thing to do, but it’s the smart thing to do. I can’t tell you the number of studies out right now that talk about what happens to a company when there is diversity, specifically gender and racial diversity. When it comes to gender diversity, every single study has said that women at the helm, in C-suite, and/or on Board of Directors, see companies do better on the bottom line. When you are a company CEO or CFO and you’re looking at what drives the top line, women seem to drive the top line.

As newly appointed president of PDN, what do you hope to do to address the issue of diversity?

One of the things that I’m going to be doing is moving PDN to the thought and action leadership position when it comes to supporting and advocating for over 3 million women and diverse American members. I want people to think of the Professional Diversity Network as the thought leaders in this area. And then, from a practical point of view, I’m going to utilize the collective strength of our companies, members, partners, technology and platform to really set the standards of business diversity with recruiting, networking and professional development for all of my affiliate groups and that’s a pretty big responsibility because we represent women, minorities, veterans, LGBT and disabled people globally. You know, three million plus people are already a part of our network so the responsibility is to help American businesses bring in diverse talent that is skilled, ready, and prepared for the opportunity to actually participate in American businesses.

As one of the youngest and few African American women leading a publicly traded company, what advice do you have for professional women who may feel stuck in their careers?

I appreciate that question so much because I’ve always been the kind of person who believes that when opportunity meets preparation there is no job without reach. So the first thing I would say is make sure you are prepared for the job you’re going after. Be sure that your skill set is up to par. The old people used to say, “You’ve got to be twice as good,â€ and for some reason that still sticks in my head. I’m not sure if it’s true or not, but what I do know is striving to be the best in the room has really helped me advance in my career. It has helped me approach business in a way that nothing is out of reach.

I also suggest that whatever it is that you’re passionate about and working towards, keep at it even if it doesn’t happen overnight or right away. It takes time and persistence and you can’t throw your hands up when you feel like you’re just beating your head against the wall. I can’t tell you the number of times people have told me no. Heck some of that has even be chronicled in the media, but that’s ok because I really want women, especially African American executive women, to know that no one gets to define you and put you in a box.

6 Common Mistakes to Avoid When Hiring a Freelancer