Recently, 43North hosted their annual pitch competition and two African American-led teams came out on top. First up was Squire, an OpenTable for barbershops led by Dave Salvant and Songe LaRon. These two co-founders walked away with $650,000 in prize money.

“We are super excited to be selected in the 43North competition and thrilled about the possibility of bringing jobs to Western New York,” said Salvant.

Headquartered in New York City, with another office in Buffalo, New York, Squire operates in over 25 cities across the United States. Squire is the next generation business management platform for barbershops. Using Squire, barbers are able to better engage their customers, process bookings and payments, and better market their business through Squire’s “barbershop discovery” capabilities. Fully integrated with a point of sale and inventory management systems, Squire is a one-stop solution for barbershop owners to efficiently operate their business.

The second big AA winner of the competition was Femi Secrets, a company that provides the ultimate protection for women of all ages during their monthly menstrual cycle. Pretty Panty, a pad and panty combined, is the first of their products on the market and is currently available online.

The company allows the customer to buy protective undies in bulk which, can last up to eight hours and be disposed of. The panty is chemical-free, made 100% of natural fibers and comfortable, innovative air-flow materials that limit moisture and bacterial growth, according to the site. They also claim to be leak resistant and completely discreet, mirroring traditional female panties.

Femi Secrets is led by Davielle Jackson who secured a half a million dollars in winnings.

Combined, the two companies scored a total of $1,150,000. This is the first time in the history of 43North that two African American teams have taken home top prizes simultaneously. 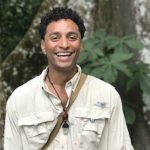