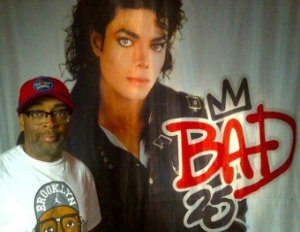 Spike Lee’s critically acclaimed Michael Jackson documentaryÂ Bad 25, which explores the making of the King of Pop’s landmark 1987 album,Â failed to attract an audience when it debuted on ABC this Thanksgiving.

The Lee film struggled against tough competition: NFL games on NBC andÂ The X-Factor on Fox.

According toÂ Entertainment Weekly, “Bad was seen by 4.6 million viewers and had a 1.2 rating in the adults 18-49 demographic, down 25 percent from ABC’s musical special last year,Â A Very Gaga Thanksgiving. It was topped by CBS repeats and tied aÂ repeat of a repeat ofÂ A Charlie Brown Thanksgiving as the night’s lowest-rated show in the demo.â€

Shoplifter Dies After Being Tackled By Walmart Workers