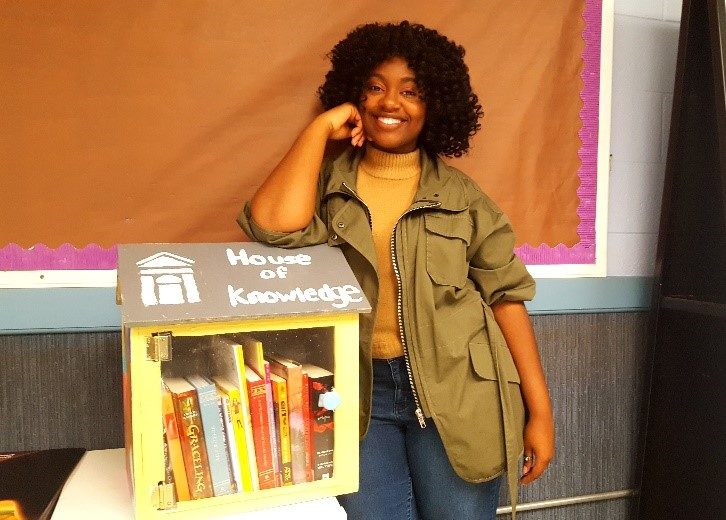 It’s National Library Week, and at Spelman College a student is changing lives by improving a community’s literacy.

“I grew up in rural Mississippi,” Hayden told me, “where there was an overwhelming lack of educational resources. When I started volunteering at Paul Laurence Dunbar Elementary School in the West End, I noticed parallels between the education system here and in Mississippi.”

Hayden told me there are students with low reading scores, ironically in a school named after a literary giant.

“I sat in on third-grade classes and could see that there is a need to improve their literacy,” she says.

Hayden had noticed that in wealthy communities there are what she calls “free libraries”—not library buildings from which books can be borrowed, but small, house-shaped structures full of books that can be taken for keeps, or added to.

Hayden was most likely referring to the Little Free Library book exchange.

Regular reading is critical to raising literacy and reading levels, but book ownership also makes a huge difference. According to a 2014 study cited in a New York Times article, the number of books in a home is “the most important predictor of reading performance” after gross national product.

“The greatest effect was seen in libraries of about 100 books, which resulted in approximately 1.5 extra years of grade-level reading performance.”

Astonishingly, a home library appears to matter more than the family budget. The Times article goes on: “… in the United States, with the size of libraries being equal, students coming from the top 10% of wealthiest families performed at just one extra grade level over students from the poorest 10%” (emphasis mine).

And budgets in the West End appear pretty tight, Hayden told me. “The House of Knowledge project gives the children a chance to own something.”

The House of Knowledge

Similar to both the Little Free Library and Barbershop Shops, which sets up books targeting black boys from age 4 to 8 in barbershops, the House of Knowledge is a literacy initiative that Hayden developed in response to the struggling readers she encountered.

There are now seven Houses of Knowledge throughout the West End community “in places frequented by children, such as churches, recreation centers, and doctor’s offices,” Hayden told me. Each holds 25 books targeting readers in kindergarten to eighth grade.

“Each House of Knowledge has its own theme,” Hayden says. “Some offer books on science and technology—others are all about black women.” Each box has a sponsor which is responsible for monitoring the box to make sure there is always a selection of books inside. The sponsor—organizations like the NAACP, the National Council of Negro Women, and others on the Spelman campus—determines what books will be offered.

Hayden, who graduates next year and plans to study public health and educational policy in graduate school, still has plans for the House of Knowledge project.

“I’d like the kids to do surveys and quizzes on the books,” she says. “Eventually I’d like to develop an after school component as well.”

In the meantime, she’s also hoping for a grant that will make the program more sustainable.

To learn more, visit the House of Knowledge website. 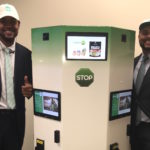 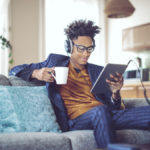