Beverly Tatum, Ph.D., will be honored with the Barbara Graves Awards at the 2015 Women of Power Summit. (Image: Spelman College)

Science, Technology, Engineering and Math (STEM) Education is vital to foster the next generation of innovators in America. With STEM occupations predicted by the Department of Commerce to grow nearly twice as fast as non-STEM professions between 2008 and 2018, the Obama administration has vowed to produce 1 million additional STEM graduates over the next decade–the amount needed to fill the workforce pipeline. And while the participation of students in STEM fields in the U.S. lags behind that of scholars internationally, the number is far lower among minorities, specifically African Americans, Latinos and women.

Black Enterprise and the Bill & Melinda Gates Foundation will host a symposium at our Women of Power Summit entitled, “Educating Our Daughters: Preparing the Next Generation of Women of Power,â€ with Black Girls Code founder Kimberly Bryant, Ella Edmondson Bell, Associate Professor of Business Administration at Tuck School of Business at Dartmouth; Sandra Finley, President of the League of Black Women; Rose Stuckey Kirk, President of the Verizon Foundation; Beverly Daniel Tatum, Ph.D., President of Spelman College; and Suzanne Walsh, Â Deputy Director on the Postsecondary Success Team at the Bill & Melinda Gates Foundation. Â The speakers will discuss how to increase the number of black women in industries related to STEM.

We recently caught up with Dr. Tatum to talk about the future of STEM education, how to create an innovative ecosystem for the next gen and the college’s all-women, African-American, undergraduate robotics team.

How can educators and program organizers not only get more people of color involved in STEM, but actually retain that talent?

I think the key to both recruiting and retaining young people in these fields where they’re so underrepresented is really rooted in effective mentoring. When someone you know inspires you and encourages you to pursue an interest, and encourages you when the going gets rough. If you’re working toward an important goal, they’re going to be moments when we get discouraged, so it’s very helpful to have access to someone who can say, ‘I’ve felt that way,’ or ‘I’ve been through that, but hang in there’ and ‘yes, I understand that code’s not working like you want it to right now, but keeping working with it, it’ll pay off.’ 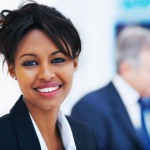