Your Financial Goals: How Speaking Up Pays Off 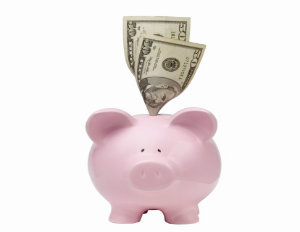 I was having a casual conversation this weekend, when the topic of salary came up. In particular, we were talking about the cost of living in New York versus Atlanta, and how people who make what we do down there must live like kings and queens. The conversation was nothing extraordinary.

But I have to admit, it was quite strange to talk about money with one of the homies. We’re usually talking about sports, relationships or music, and the sense I got that we were going into previously uncharted territory was more than a bit overwhelming. I talked slow, he talked slow. Afraid he would offend me with a judgmental question, he just kind of teetered around a question about my savings goals, needing to be prompted by me to ensure him that it was OK — and that I wouldn’t take offense.

Discussions around money can be revealing but are sometimes difficult to have, especially if you don’t know or trust the person you’re talking to. In this conversation, it was something of a breakthrough, and not just because we had a kind of cool moment: He admitted that for the longest time, he’d been paying just the minimum on his student loans, despite having the money.

“I don’t really think I know.”

And just like that, he committed to paying it down. So speak up about your goals. You never know how far it’ll take you.

Lauryn Hill Is Sentenced to 3 Months in Prison