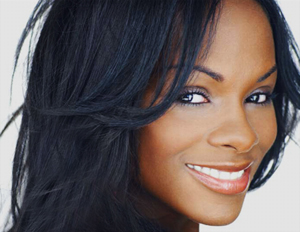 Tika Sumpter has been gaining an ever-growing momentum in Hollywood, having had major roles on hit TV shows One Life to Live, Gossip Girl and The Game, and in movies including Stomp the Yard 2: Homecoming and blockbuster Think Like a Man.

Her latest role introduces a new generation to Sparkle, a cult classic many in urban communities grew up knowing about or watching. The film, to be released Aug. 17, centers around a young girl group’s rise to fame, their family struggles, the group’s ultimate demise, and one member’s final time to shine as a star of her own.

BlackEnterprise.com caught up with Sumpter about taking on new challenges with the role, exposing the world to hidden talents and positioning herself for more success in the arts:

BlackEnterprise.com: You play Deloris “Dee” Williams, the feisty, smart sister. Where did you draw influences to play that character?

Sumpter: It was a great script. I’m glad they expanded upon her role. I guess I drew from different people inÂ my life who embody strength and intelligence: my mom, women in my family. I thought it important for the role to come across as Dee is like her mother: strong and protective. She’ll say truths that others are afraid to say. I love that about the role.

Sparkle is such a cult classic. How do you think the cast was able to bring a new freshness to it while still doing the legacy justice?

We brought the essence of original but filled in a lot of unanswered questions. We want people to relate to the family and people just trying to live life as a family. I think everyone can relate to each person, each character.

You had many scenes with Whitney Houston. What’s your fondest memory of her on set?

Her love … She’s just nurturing and so funny. She took us all under her wing and really loved on us. She made it quite clear that there were parallels in her life with this story. When she was little she saw this movie a million times. She had the rights for years and was supposed to make it with Aaliyah Â [to play Sparkle.] I think it was a dream come true for her and Jordin did a great job! It’s even her first acting gig.