While many companies are trying to find ways to stay above water in the middle of the coronavirus outbreak, yet rapper DeAndre Cortez Way aka Soulja Boy is tripling his business, according to Complex.

The 29-year-old rapper has recently revealed that he and his manager Miami Mike have invested in a Mississippi franchise called The Soap Shop and because of the COVID-19 crisis, the store’s sales have more than tripled since the coronavirus pandemic.

Soulja Boy, who just made a recent appearance on Power 105’s the Breakfast Club, speaks on the importance of doing business and growing. “Once you get into the music industry, you branch out, you know what I’m saying? Do different stuff, like, try different things, try different business ventures,” he tells the hosts on the show.

The Soap Shop, which sells hand soap, dish detergent, and other cleaning products, has gone from selling 100 bottles of cleaning products a month to well-over 3,000 bottles, according to the website. That amounts to a “record-setting” 3,000% increase.

Soulja Boy made an impressive debut in 2007 when he released his debut single “Crank That (Soulja Boy).” The single became a No. 1 hit in the United States for seven non-consecutive weeks starting in September 2007 and the popular song peaked at No. 1 on the U.S. Billboard Hot 100. Back in 2010, Soulja Boy came in at No. 18 on the Forbes list of Hip-Hop Cash Kings for earning $7 million that year.

The Soap Shop is a privately owned franchised laundry detergent, dish-washing liquid, body wash and cleaning supply company established in 2014. It services the southeastern United States with both retail and wholesale products. 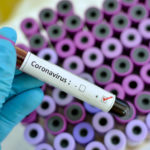 New Study: the Coronavirus Can Stay In A Person For Up To Five Weeks 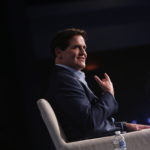